Health organization: Children under 5 should have limited or no screen time

It’s easy to plop your kid down on the sofa, with “Mickey Mouse Clubhouse” or “Paw Patrol” playing on the television or tablet, just so you can get a much-needed break.

Well, now the World Health Organization is saying that might not be a very good idea. The United Nations’ health agency released screen time guidelines for children under 5 … and that time should be highly restricted. 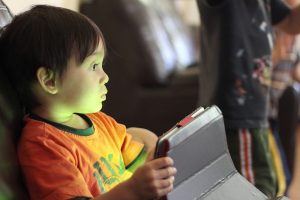 WHO’s new guidelines say that kids under 5 should only get one hour — or less — watching screens every day, and kids under 1 shouldn’t have any.

“Sedentary time should be made into quality time,” study author Dr. Juana Willumsen said. “Reading a book with your child, for example, can help them develop their language skills.

“A child who is given a tablet to keep them quiet while they are sitting in a pushchair is not getting the same (quality sedentary time).

The American Academy of Pediatrics, in guidelines released in 2016, pushed for healthy media use habits. Their recommendations included no screen time for kids 18 months and younger, and one hour or less for children 2 and older.

But some critics argued that there wasn’t enough research to support those screen time limits. They also offered other shortcomings in the advice.

WHO’s screen time guideline “overly focuses on quantity of screen time and fails to consider the content and context of use,” Andrew Przybylski, director of research at the Oxford Internet Institute, told The Associated Press. “Not all screen time is created equal.”

Ultimately, it’s up to parents to decide how much screen time is enough or too much.